An Interview With James Cooper of Red Bluff Re-Cycle Works 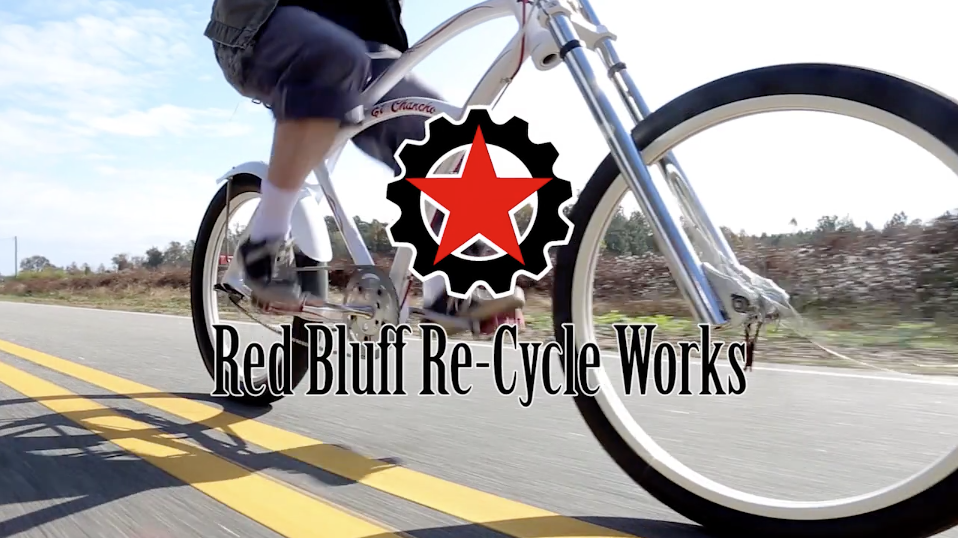 When Bobby Altman and Andre Pope got together many moons ago, they had an idea to tell awesome stories about awesome people. The video promo piece of James Cooper of Red Bluff Re-Cycle Works was one of their very first collaborations for this project.

James Cooper, owner of Red Bluff Re-Cycle Works, has a passion for building bikes. His unique approach to building centers on the idea that every bike style has a little left to give. Finding old abandoned and discarded bikes and giving them new life is something that Cooper has been doing for quite some time. From complete custom builds to Frankenbikes, Cooper enjoys seeing his creations back on the road.

When not building bicycles, James Cooper can be found riding them. Living out in the country has its advantages. Long dirt roads take Cooper back to when he was a kid exploring the great unknown. With two wheels and his own two legs, Cooper traverses the countryside turning down new roads and taking the ones less traveled.

It was Design Cypher’s pleasure to work with Mr. Cooper and create this short promo for Red Bluff Re-Cycle Works.

Creative problem solver who connects the marketing dots that others miss.